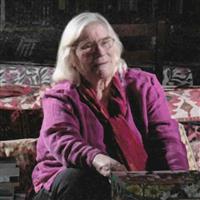 Jennifer Johnston has been described by Roddy Doyle as Ireland’s greatest writer. Referring to the impact that her debut novel The Captain and the Kings had on him when published in 1972, author Dermot Bolger described how he loved the book for “its sparse intensity and intimacy and how the simplicity of the writing belied the complexity of her characters.”

Indeed, Johnston has been an influential and inspirational figure in Irish literature since that debut. She has published numerous books during her 50-year career, and scooped many awards, including the Whitbread Book Award for The Old Jest, a Lifetime Achievement from the Irish Book Awards, an Irish Pen Award and a Giles Cooper Award for O Ananias, Azarias and Misael. Johnston was also shortlisted for the Booker Prize for Shadows on our Skin. Her most recent work is A Sixpenny Song published in 2013. She has penned several acclaimed plays, including Indian Summer and Andante un Poco Mossa, the latter regarded as one of the Best Short Plays of 1983.

Born in Dublin to actress and director Shelah Richards and the dramatist Denis Johnston, Jennifer grew up in the Church of Ireland, and much of her writing is preoccupied with the waning of the Protestant ascendancy during the last century. As for the books that most influenced her, she has cited Alice in Wonderland (Lewis Carroll), Pride and Prejudice (Jane Austen), and Amongst Women (John McGahern) but most of all Tales of Chekhov, the Russian author whom she regards as among the greatest short story writers in history. Having lived for many years in Co Derry, she currently lives near Dublin and is a member of Aosdána.