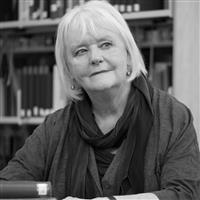 Sheila Llewellyn was born in England and now lives in Northern Ireland. She completed a PhD in Creative Writing at the Seamus Heaney Centre, Queen’s University, Belfast in 2016. She has won the P J O’Connor RTÉ Radio One Drama Award and the Silver Award for the Best Broadcast Radio Drama in the New York International Radio Drama Festival in 2012. She has also been shortlisted for the Bridport Short Story Prize, the Seán Ó Faoláin Short Story Prize, and shortlisted twice for the Costa Short Story Award. Her short stories have been published in various anthologies and journals, including :What lies Beneath (The Hilary Mantel International Short Story Prize Anthology); The Glass Shore: Short Stories by Women Writers from the North of Ireland;   and Irish Pages. In January, 2018, her novel Walking Wounded was published by Sceptre.

‘A beautiful and humane debut novel’ – The Guardian