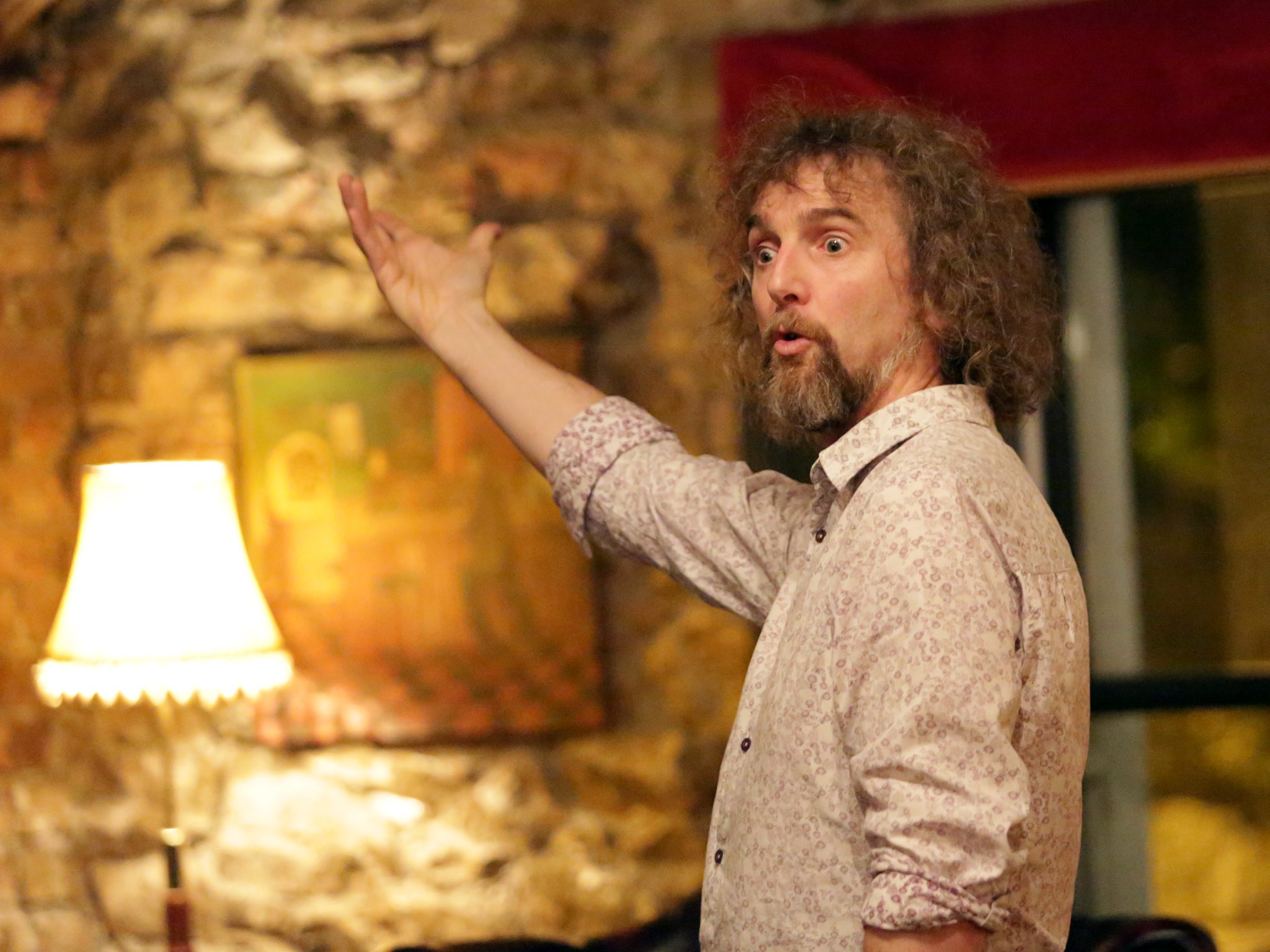 Wexford storyteller Joe Brennan will dip into his collection of traditional stories to bring his audience on a magical journey. Each performance is unique as he invites his audience on a journey that will excite, surprise, inspire, challenge, cause the odd fright even and many laughs. Joe’s gift as a storyteller, from many years sharing stories across the globe, is to respond to his audience, to lead them gently on the journey and to insure they come out the other end feeling all is right in the world.’ The stories will choose themselves on the day,’ says Joe.

Each telling of a story is a new experience and a new version for that audience, for that place. His storytelling performances are unadorned wonders; just Joe, his voice and his hands. Joe has been telling stories professionally for the past 18 years. He has performed as far North as Iceland, Moscow in the East, Washington DC in the West, India in the South and many points in between. He has told stories at festivals, in schools, in people’s homes, at weddings, birthday parties and on mountainsides. He has gathered his stories from people he has met on his travels, fellow storytellers, collections of folklore, things that have happened to him and the gifts of his imagination. The listener will be surprised, as is Joe, by the stories that’ want to be told’.

Joe grew up immersed in stories of his home town of Wexford. He is the author of Donegal Folk Tales which was the featured book for Read DL in 2014. He is a children’s playwright with a number of productions, including the highly successful ‘The Wichin’ Well’ which toured nationally twice and was performed in Bucharest. He is the creator and performer of the magical ‘Star Boy’, a theatre show without words for early years, which continues to tour. He facilitates workshops in storytelling, creative writing and drama with all ages. He was the Children’s Curator at Kilkenny Arts Festival and Director of Ramelton Storytelling Festival.